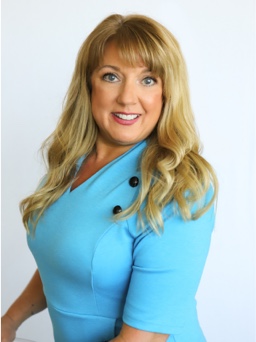 Holly joined The Cooper Companies as Executive Vice President & Chief Strategy Officer in June 2018. She was named President of CooperSurgical in July 2020. Prior to joining Cooper, Holly had over 20 years of experience in investment banking, with a focus on medical equipment and technology. From 2009 to 2018 she was a Managing Director, Global Head of Medical Technology at UBS Securities. Holly was at Donaldson, Lufkin & Jenrette from 1997-2000 until it was acquired by Credit Suisse where she stayed on until 2009. Holly was graduated from Cornell University with a BS, and obtained an MBA from Columbia Business School.

Even though Kerry didn’t officially join CooperSurgical until 1998 as Vice President of Engineering, he had a hand in the business since 1995. In fact, Kerry was responsible for the development of the RUMI system, a device that CooperSurgical purchased that year and is still sold today. Since 2001, Kerry has overseen all CooperSurgical’s global operations, including factory integration of acquired companies and technologies. During his career, Kerry has managed the development of several groundbreaking devices, such as the world’s first TCAS (Traffic Collision Avoidance System) for General Aviation and even patented the first commercially available “Digital Colposcope” product. He has an undergraduate degree in Industrial Technology from Berry College and graduated with honors from the University of Kansas with a BSEE in Electrical Engineering.

John joined CooperSurgical in March 2018 working primarily on integration and other finance related projects. In November 2018, John was named Executive Vice President of Finance. Prior to joining CooperSurgical, John spent 20 years in the medical device industry in various finance and operational roles including 18 years at CooperVision when they grew from $25 million to $1 billion in revenue. From 2003-2009, John was Chief Financial Officer at CooperVision and provided leadership as the company transitioned through several system implementations and integrations. He built an international finance team across 20 different countries. His team provided both financial reporting and supported operations with key data and metrics to run the business. More recently, he was CFO of a private medical device company and played a key role in selling the company in 2017. John has a BS in Accounting from St. John Fisher College in Pittsford, NY and is a Certified Public Accountant.

Claudia joined CooperSurgical in the position of Vice President Regulatory Affairs in August 2018. In May 2019, she was promoted to her new role where she is now responsible for all global Quality Assurance & Regulatory Affairs functions. Prior to joining the company, Claudia has worked in the medical device and pharmaceutical industries for over 20 years, holding positions of increasing responsibility at a variety of companies including Siemens, Bayer, Covidien/Medtronic and most recently, Alexion Pharmaceuticals. Claudia holds a BS in Chemistry and is currently working towards her MS in Regulatory Science at Johns Hopkins University.

Kim joined CooperCompanies in 2018 as Senior Counsel supporting CooperVision. In early 2020 she transitioned to support CooperCompanies, CooperVision, and CooperSurgical as Senior Counsel for Labor and Employment, and in 2021 was named Assistant General Counsel for CooperSurgical. Kim has spent the majority of her legal career in the healthcare industry, working with global pharma and medical device companies and on the payor side for Blue Cross Blue Shield. In addition to her JD degree, she has a BS and MS in biochemistry, where she worked primarily in vaccine development. She also has certification as a Senior Professional in Human Resources (SPHR) and has held several global HR-related positions.

Kerry joined CooperSurgical in January 2019. Kerry has an extensive background with over 20 years of progressive experience leading Human Resources. At CooperSurgical, Kerry is responsible is a key advisor to the leadership team and works to assure CooperSurgical advances its business, attracts and retains top talent and further embeds our core values in our dynamic culture. Most recently, Kerry was the head of Human Resources for Lydall Inc. a 3,000-person global organization where she was responsible for creating and executing a global HR strategy to support the company’s objectives. Prior to Lydall she had several progressive positions in HR at Medtronic and Covidien. Kerry holds a master’s degree in Human Resources from Framingham State University and a bachelor’s degree in Business Administration from Worcester State University.

After spending nine years in various roles at The Cooper Companies and CooperVision, Matt joined CooperSurgical in May 2016 as Vice President, Business Development. Prior to joining The Cooper Companies, he performed consulting roles both at Oracle and The Keystone Group. Since joining CooperSurgical, Matt has been integral in our many acquisitions. In addition, he has functioned as the Integration Manager for acquired companies. In his current position, he is responsible for continued implementation of our company acquisition strategy and functions as the primary lead for acquisitions. Matt graduated from Indiana University with a double major in Finance and International Studies from the Kelley School of Business.

Mark joined CooperSurgical in January 2018 as Executive Vice President of Sales, Americas. In May of 2018 he was named President, Global Medical Devices. Mark is a leader with general management P&L skills, core competencies in sales & marketing and has experience managing both large public and private equity medical device enterprises. He has a demonstrated track record of growing revenue and income through the development of business strategies with a focus on building strong customer centric teams that drive results. Prior to joining CooperSurgical, he spent 21 years in various commercial leadership positions at multiple Johnson & Johnson companies including Vice President of Sales & Marketing at Cordis Endovascular. After leaving there, Mark accomplished two global private equity turnarounds in commercial leadership positions. He has a BS in Business from Providence College.